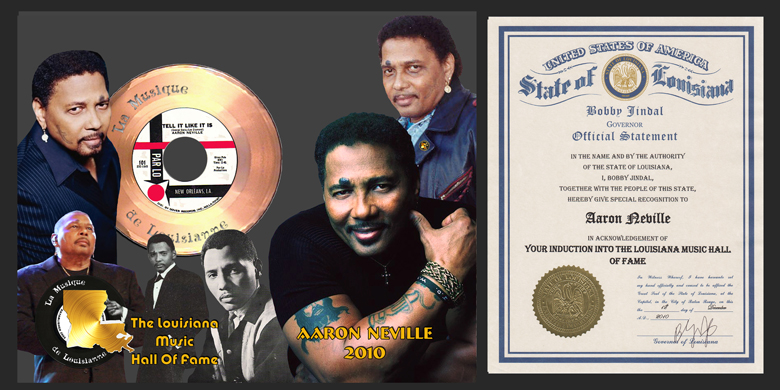 With all the accolades that have come the way of Art, Charles, and Cyril Neville, as well as the Meters, the most visible of the four – and arguably the most successful – is Aaron.

Though he says he never received a cent in royalties, he had a number two pop hit in January 1967.  Tell It like It Is also peaked at number one on the R&B charts in December 1966 and made Aaron the first of the Nevilles to make the national charts.  The song was named by the Rock & Roll Hall of Fame as one of 500 Songs that Shaped Rock & Roll.  Par-Lo, his record label, however, went broke before he was paid.  Still, the success of the song propelled him to tour nationally and established him as yet another major talent to emerge from New Orleans.

Born on January 21, 1941, he got his early musical influence from his father, Big Arthur, and older brother Art.  He developed his style, however, from listening to ‘50s doo-wop groups like the Flamingos, the Clovers, and the Spaniels.  He also liked Julie London.  “But I was also deep into the gospel groups, the Pilgrim Travelers, the Brooklyn All-Stars, and the Blind Boys of Alabama,” he said.  “And then there were those yodeling cowboys.  I loved them.”  Specifically, he named Gene Autry, the Singing Cowboy, as one of his early favorites who influenced his unique vibrato singing style.

Aaron met Ray Charles when Charles was living and recording in New Orleans.  “No one’s more soulful,” Aaron said.  “Ray has an approach….for all music that stays true to his own style.  He bends but never breaks.  I hope the same is true of me.”

Aaron wrote and sang the title song to the classic album Yellow Moon, which he recorded with brothers Art, Charles, and Cyril in 1989.  Though he liked Julie London well enough to cover her song Cry Me a River, his favorite female vocalist is Linda Ronstadt with whom he won two Grammies for Best Pop Duos with Don’t Know Much (1989) and All My Life (1990).  “Of all the lady singers out there, Ronstadt is in a category of her own,” he said.  “There’s no one I’d rather sing with.  Like Ray (Charles) and Aretha (Franklin), Linda crosses over to any material that strikes her fancy.  Linda is the real reason my solo career found new life,” he said.  He collaborated with Ronstadt on their duet album Cry like a Rainstorm, Howl like the Wind in 1989 and Warm Your Heart, a solo album by Aaron produced by Ronstadt and George Massenburg in 1991.

Aaron won two other Grammy Awards: Best Pop Chant (he was percussionist and vocalist) for Healing Chant (also in 1989), and Best Country Collaboration with Vocals with Trisha Yearwood for I Fall to Pieces (1994).  He also was nominated for 14 more Grammy Awards in country and western, pop, gospel, and R&B and was named Best Male Singer for two consecutive years in the Rolling Stone critics’ poll.

On August 29, 2005, his home in New Orleans, like so many others in that city, was destroyed by Hurricane Katrina.  He was on tour in New York at the time and could only watch helplessly as eight feet of water inundated his $300,000 home, destroying gold and platinum records and other mementos from a career that covered five decades.    His family managed to retrieve his four Grammy awards, one of which was broken.  A victim of asthma, he was advised by his doctor not to return to the Big Easy.  With no other choice, he became an evacuee, choosing Nashville as his new home, opting for grits and country music in lieu of gumbo and R&B.  “I’ve got my memories,” he said, “and I’ll leave it at that.  The music didn’t die.” 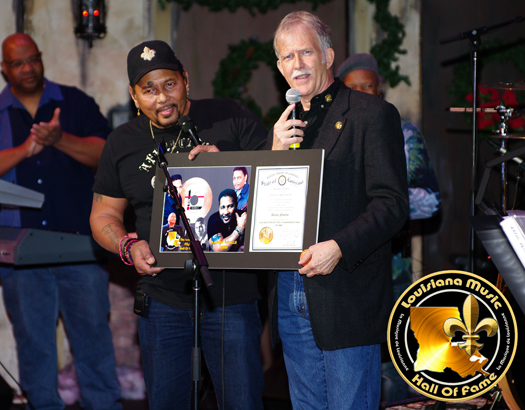 On September 2, only five days after the hurricane, he performed Randy Newman’s Louisiana 1927, a song about the massive flooding of that year that devastated South Louisiana during NBC’s A Concert for Hurricane Relief.  “Since Katrina I’ve devoted months and months to benefit concerts and that’s been a blessing,” he said.  “My profile and profiles of my brothers have been raised by the storm.  People all over the world see us as the face of New Orleans.  They want to hear us play.  They want to feel that we’ve survived the storm.  They want to be assured that life goes on.”            Life goes on indeed.

On September 18, 2005, only three weeks after Katrina, Aaron sang the National Anthem at the New Orleans Saints’ home opener, played in LSU’s Tiger Stadium in Baton Rouge.  On December 16, he appeared as a guest on The Tonight Show with Jay Leno and on February 5, 2006, accompanied by fellow New Orleans native Dr. John, he sang the National Anthem for the Super Bowl in Detroit.

More info on Aaron Neville is available at http://aaronneville.com/.