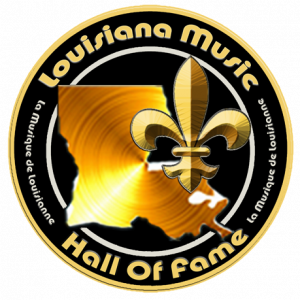 The Louisiana Music Hall Of Fame, applied and was accepted by the IRS as 501 (c)3, not-for-profit status in December of 2015. First used in 1980 under original organizer Del Moon (with primary advisor Mike Shepherd) has been in continuous development and implementation by first Moon and now under current re-founder Mike Shepherd (with Moon as primary advisor).

The mission of The Louisiana Music Hall Of Fame, is  complex. In general, the long term goal is to establish a viable music industry for and in the State of Louisiana, the lack of which has held back the development of an actual music industry in Louisiana.

First, our initial goal is to educate the citizens of Louisiana, the United States and the world through this web site, our events and our media releases, by television and internet radio offerings and, as time and funding allows, through The Louisiana Music Hall Of Fame location displays and areas of display, and including concepts such as the Louisiana Music Center, LMHOF Wall(s) Of Fame, Rockin’ Louisiana Cafe and  (Louisiana) Rock’N’Roll Soda Shoppe facilities, to the incredible musical heritage of Artists, Writers, Musicians and Industry talented people who made Louisiana’s music the best in the world for decades as they created the soundtrack of the 20th Century.

Second goal for The Louisiana Music Hall Of Fame and LMHOF is to use this knowledge and education as a base or key stone to help rebuild the music business in the State of Louisiana in a modern model for the good of our artists and performers and to revitalize that once dominant and important sector of the State’s economy. Hence, a viable industry for music in Louisiana.

This web site serves as a front end for the dissemination and distribution of information for and about the legendary artists and musicians of Louisiana and our incredible musical heritage.

Our goal is to “remember” our Artists and Musicians, to HONOR them and to PRESERVE them and, in doing so, help them and our State to regain lost prominence in the music community of the world and begin to restore and rebuild the music industry of Louisiana.

Louisiana’s food is a well known and honored commodity, but our music is just as impressive and just as important. It also deserves to be returned to its rightful place.

The Louisiana Music Hall Of Fame was formed to preserve and present the heritage of the music and the music business of the State of Louisiana by honoring achievement in talent, performance, writing and technical and business aspects of the industry; providing educational materials and educational assistance on Louisiana Music and Artists to libraries, schools and other interested parties, and, additionally, to perpetuate the music and music business of Louisiana and our legacy of excellence by presenting and aiding selected new talent.

The Louisiana Music Hall Of Fame & LMHOF currently presents a unique and one-of-a-kind in the world “LMHOF Wall Of Fame” at Baton Rouge’s Metro Airport (BTR) and is developing a “Rockin’ Louisiana Soda Shoppe” Louisiana Music Hall Of Fame location in historic Natchitoches, LA;  an incredible development at a major location in Marksville, LA (Central Louisiana); negotiating in Acadiana for a concept development; and is now beginning in earnest to locate a major facility in historic downtown New Orleans, Louisiana.

The facilities can be simple viewable locations, “Rockin’ Louisiana Soda Shoppe”  theme types with soda fountain type atmosphere and limited refreshments, full full Café locations and/or “Walk Of Fame” and “Wall Of Fame” locations  with music venue for presentation of our Artists in live performance or full blown multi-area museum including limited static physical displays as well as its’ primary multimedia presentations driven by current digital technology. Physical displays will include original artwork of Inductees, Inductees ‘memorabilia, pictures, awards and other items. The technological displays will include large screen menu driven professionally narrated presentations of Inductees and their achievements featuring archive footage as well as current produced live footage, historical materials and interviews.

Inductees are considered from Artists and music business men and women that have contributed by deed and talent to create the outstanding music of the State of Louisiana and will be picked for the LMHOF or Regional Hall(s) from the following categories:

Initially, priority will be given to older & living artists in order to preserve and record their heritage as well as possible.

To help create our facilities presentations, all produced and staged events of The Louisiana Music Hall Of Fame are professionally photographed and recorded in HDV digital video and multi track digital audio and, with releases from participating artists, will be aired through public or private broadcasting facilities as “Louisiana Ticket”, similar in form to current offerings from PBS. The name  “Louisiana Ticket”, will also be used to feature Louisiana Music and Artists in showcase via live recordings from our events and supported venues and events as well as interviews with Louisiana Artists .Some recordings of the events may be additionally offered in limited release via DVD with additional information and portions of the facility’s presentations in commemorative form. Currently, “Louisiana Ticket” airs in over twenty parishes from Slidell to Thibodaux to Lafayette.

Each major Induction event will be depicted artistically in commemorative artwork for the facilities, and each Inductees presentation piece will be original derived artwork from the Artist’s career. Reproductions of the original artwork may also be offered for sale as a fund raising item in several sizes and forms, or may accompany fund raiser tickets as memorabilia.

New albums featuring special presentations of Louisiana Artists & Louisiana Music in unique recordings and collaborations, including “lost” tracks, unreleased tracks, compilations,  and historic recordings,  will be produced and offered as fund raising devices and industry releases to stand on their own merit in the market.

Also, in the fundraising plan is a series of “coffee table” books, (the first of which is completed and available) featuring released photographs of Louisiana Artists, LMHOF Induction artwork, posters and waybills from Louisiana musical venues and events, current photos of Louisiana Artists, as well as a unique book and DVD combination product reflecting the history of popular music in Louisiana.

Corporate sponsors are welcomed for assistance in the facility as well as events. All available grants, private and municipal/state assistance funding sources will be sought. All funds will be supervised under the oversight of an attorney and CPA and will comply with all reporting, disbursement and collection standards under our IRS 501 (c) (3) granted status.