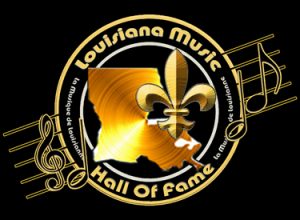 Del's mission was, in intent, a mirror of the current Louisiana Music Hall Of Fame project and was sorely needed even then. The project took a path of consensus gathering and front end organization structure prior to execution. After several years of working toward the goal of the much-needed Hall of Fame for Louisiana's music and musicians, and having received little substantive help from the government and "helpful" politicos, Del was forced to scale down his efforts and finally back burner the project in the late 90's.

As the project slowed, Del continued to conceptualize a new path for the LMHOF.  Remembering founding project advisor Mike Shepherd's input from 1979 to move the project forward immediately to a reality instead of a concept filled with "will do and "plan to," and started moving toward a solid start for the LMHOF. But, it was too late under the structure at the time, the financial and credibility damage had been done, and it was decided to let the project "cool down" and come back with a fresh start.

In the mid-late 90's Mike began gathering archive materials and film (video) footage of Louisiana artists in performance for this solid start. Some were included in a highly acclaimed TV series in late '99/2000, 1st Row Ticket (originally titled "Louisiana Ticket" as is the current broadcast series of the LMHOF). Mike continued with the filming and archival activities and, in late 2003, created rare LIVE footage of several soon-to-be Louisiana Music Hall Of Famers including John Fred, Frankie Ford, Percy Sledge, Jean Knight and Clarence "Frogman" Henry.

By 2005, Shepherd was almost ready to re-start the LMHOF, but wanted to try a LIVE show to "get the rust off" his promotion and staging skills, rarely used since the 70s. That happened with the 2006 Spanish Town Ball where the show included future LMHOF inductees Deacon John, Irma Thomas, Al "Carnival Time" Johnson, Lee Tillman and G G Shinn, a first showing of the (now) late John Fred performing Judy In Disguise and two other hits from film for the crowd and other live artists including Bonnie Fussell.

The planning was now over and Shepherd proceeded with the formation of a new corporation, La Musique de Louisianne Inc., the application and granting of a new 501c3 certification from the IRS and, after due diligence and discussions, Louisiana Secretary of State Jay Dardenne granted, by personal signature, the use of the, then disputed, name "The Louisiana Music Hall Of Fame' to Mike Shepherd and La Musique de Louisianne Inc. while denying the use of the name for the corporate structure. The name had been procured by Dardenne's predecessor, the late Fox McKeithen, in 2004, erroneously stating a first usage in Louisiana in 2002, some 20+ years after The Louisiana Music Hall Of Fame actually started. In early 2011, after reviewing the situation on Shepherd's request, the newly elected and seated Louisiana Secretary of State Tom Schedler released the name to Mike and LMDL Inc. in a ceremony held at the State Archives in Baton Rouge.

In a reversal of 1980, when Del Moon sought the help of advisor Mike Shepherd, Del Moon is currently the most trusted and valued advisor to The Louisiana Music Hall Of Fame. Del Moon's full initial 1980 press conference and announcement can be seen in the GALLERIES MUSIQUE Virtual Museum archives, as can a 2010 one hour one-on-one progress conversation between Del Moon and Mike Shepherd.

In the interim, there was more than one individual attempting to (verbally only) call themselves "Louisiana Music Hall Of Fame", but none, in fact, had any right whatsoever to do so.

In fact, The Louisiana Music Hall Of Fame has been active, in varying degrees, since first inception in 1979.

One specific organization previously registered with the Louisiana Secretary Of State as, "Louisiana Entertainment Hall of Fame" operated as the "Louisiana Hall of Fame" for many years without benefit of office, web site or virtually any visible external organization and "inducted" possibly over 1,000 people. No records of inductees were kept. The vast majority of all those inducted received documents stating "Louisiana Hall Of Fame INDUCTS", however there are at least 2 reported examples of instances where the word "Music" was inserted in that verbiage. Verbally, the involved parties spoke the word "music" in conjunction with their "awards."

This was unfortunate, as was the verbal use on apparently many occasions of the word music in conjunction with their company, which, according to public records, was never applied for or was certified as a 501 company.

The episode of the "Louisiana Entertainment Hall of Fame" ended, for most purposes, in 2007, and finally in early 2009, with the death of the group's founder and President. At, and subsequent to that time, that time, all memorabilia of the group, unmarked and unidentified, was turned over to a radio station and municipality for possible use in a local museum.

No records of inductees names, lists of events or inductees or other records have not surfaced or been locatable, and may have simply never been kept.

Prior to the end of that episode, one of the two surviving officers, the Vice President of the corporation, joined The Louisiana Music Hall of Fame Advisory Board.

In the 2010 session of the Louisiana Legislature, both Houses voted, in near unanimity, to first commend LMDL/LMHOF for their work and to then declare La Musique de Louisianne Inc., The Louisiane Music Hall Of Fame, as the official honors and recognition organization, and information resource, for and about Louisiana's music, musicians and musical heritage." That document is posted on this web site.

Additionally, it is not, in any form, the interim organization that operated for over a decade, yet does have knowledge and constructive input  from that organization's "Number 2" person. The full list of all inductees of The Louisiana Music Hall Of Fame are listed on the left side of the Home page of The Louisiana Music Hall Of Fame's Official web site either directly or under the appropriate "Regional" Halls links. Upon addition of new Inductees, the site is generally updated within 7 to 10 days.

The operations and structure of La Musique de Louisianne's "The Louisiana Music Hall Of Fame" has, as of this wring, inducted over 200 artists, held numerous events, created many unique audio and video recordings and birthed the first Multimedia Virtual Museum, the GALLERIES MUSIQUE, currently showcasing over 500 hours of viewable materials from our Inductees for currently over 1.5 MILLION visitors.

The scope and mission of this redevelopment of The Louisiana Music Hall Of Fame also adds a "second mission" to the project as the stated intent of LMDL and the LMHOF is to provide the catalyst, through education and awareness, to rebuild Louisiana's music industry.

In late 2015, the corporate structure was revised as the main corporation was changed to THE LOUISIANA MUSIC HALL OF FAME INC., a Louisiana non-profit Corporation, which was also registered and accepted by the IRS as 501(c)3 not-for-profit status. This Corporation will carry on the job of conceiving, designing and bringing to fulfillment displays and display areas throughout the State of Louisiana. An additional low-profit corporation, LMHOF L3C, was also formed to handle daily operations and general business.

Welcome to The Louisiana Music Hall Of Fame & LMHOF.

Please help us and support the artists and music of Louisiana! For help and Donations, we have created the Friends of The Louisiana Music Hall Of Fame, a support group. Information on the Friends can be found on the web site.