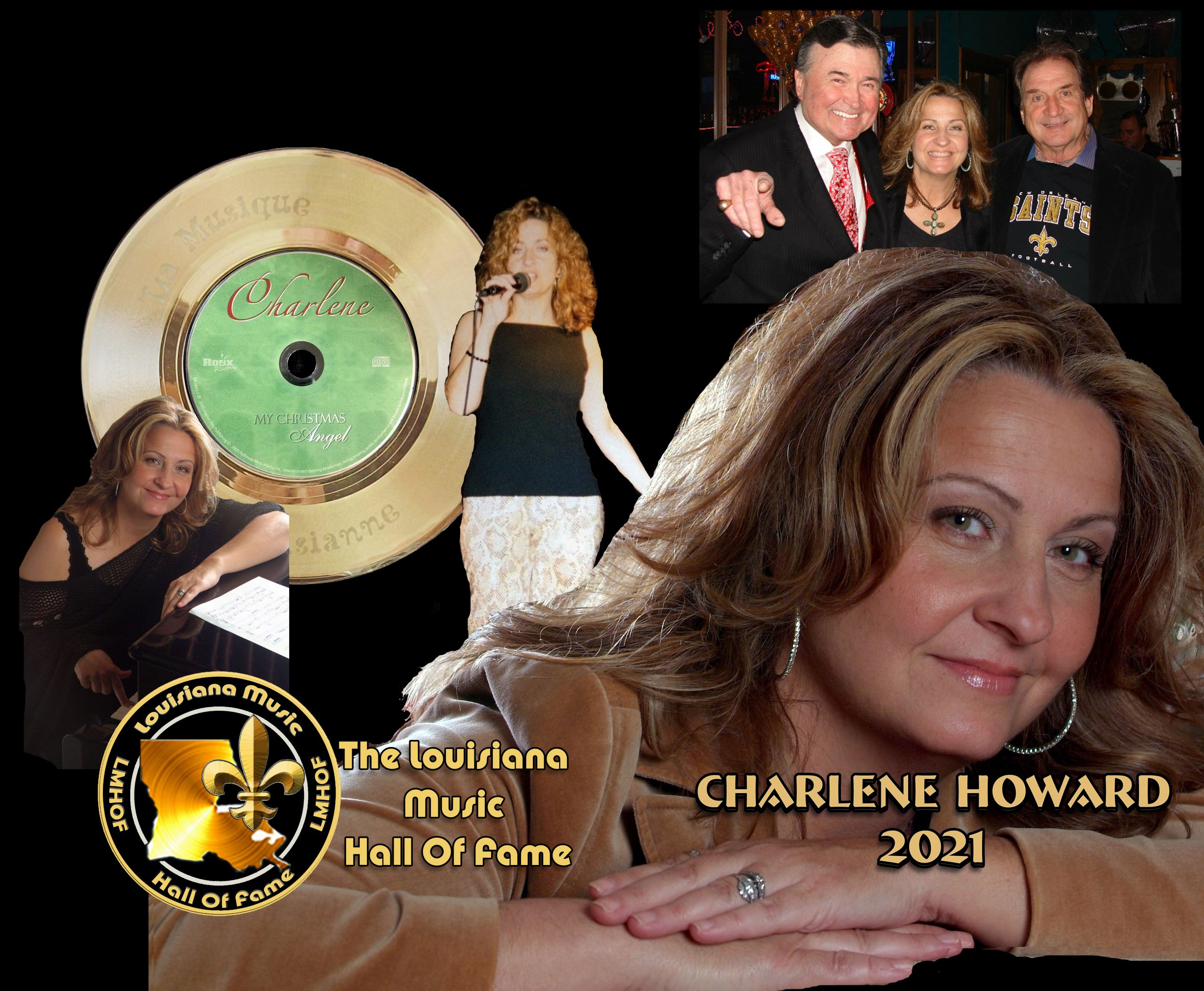 Louisiana’s own song stylist, Charlene Howard, brings a dynamic sound to the microphone. Her unique style defies categorization, but instead is a blend of pop, R&amp;B, Soul, Jazz, and Country. It is packed with the influences of Aretha Franklin, Etta James, Patsy Cline and more recent artists as Wynonna, Bonnie Raitt, and Jo Dee Messina. Add a splash of bayou water from Charlene’s Cajun roots and you have an exciting evening of memorable melodies and expressive soul.

Charlene’s love affair with music began almost before she could talk. Her salty style of rugged, racy vocals evolved naturally from her years of training in high school and college where she majored in music. Impressed by the dramatic application of music in theater and opera, Charlene captured the ability to deliver a lyric from the heart where the soul meets the melody.

While touring with G.G. Shinn and other renowned Louisiana artists, lead singer Charlene Howard has experienced the spotlights in Las Vegas casino showrooms such as Bally’s MGM, the Flamingo Hilton, Tropicana, Palace Station, and others. As background vocalist in the studios of South Louisiana, Charlene has recorded: Junior Wells’ “The Best Of…” and “Everybody’s Getting’ Them Some” which also featured Bonnie Raitt, Sonny Landreth, Carlos Santana and the legendary White Trash Horns; Maria Maldaur’s “Fanning the Flames” featuring Huey Lewis, Ann Peebles and Mavis Staples; and Larry Garner’s “You Need To Live A Little.”

At home in Lafayette you can see her perform regularly at many different venues such as Club 307, City Club of Lafayette, and many others. She was voted Best Female Vocalists in R&B, Blues, Soul &amp; Country Music by The Times Of Acadiana, a regional newspaper. Charlene’s Vocals can be heard on television and radio for some of the regions largest advertisers including KATC TV3, Lafayette Motors, Cowboys Nightclub, Lafayette’s Restaurant, Van Eaton And
Romero, and several others. Benefactors have also utilized their native songstress for campaigns such as The United Way, Cerebral Palsy, Louisiana’s Council on Child Abuse and Special Olympics.

Whether singing a romantic, soulful ballad or belting out the blues on stage, Charlene Howard delivers the message with music you’ll remember long after the moment is gone.