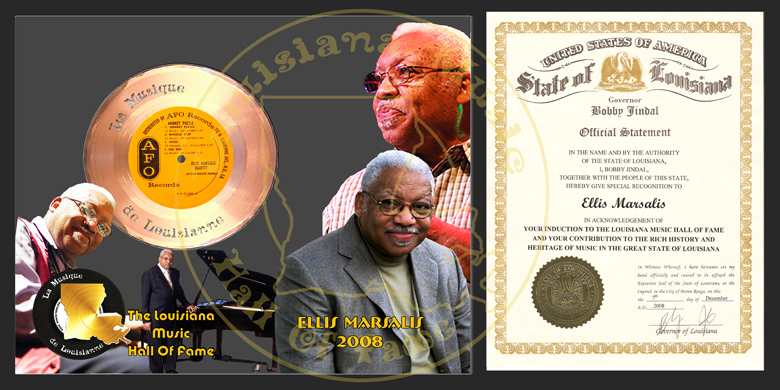 From his first professional performance with The Groovy Boys more than a half-century ago, Ellis Marsalis, Jr. has been a major influence in jazz. One of the few New Orleans musicians of the time who did not play Dixieland or R&B, he played with Cannonball Adderly and Al Hirt. He avoided the spotlight in order to concentrate on teaching at the New Orleans Center for Creative Arts, the University of New Orleans, and Xavier University of Louisiana.  He influenced the careers of countless musicians, among them Harry Connick, Jr., Nicholas Payton and his four musician sons: Wynton, Branford, Delfeayo, and Jason.

Marsalis has excelled as both an original jazz pianist and jazz instructor in a career that spans nearly four decades. Born in New Orleans, he spent years playing New Orleans clubs before gaining national acclaim in the ‘80s and 90s with the release of several recordings. Despite his devotion to teaching, he still managed to record nearly twenty of his own albums and was featured on recordings with such jazz legends as David “Fathead” Newman, Eddie Harris, Marcus Roberts, and Courtney Pine. 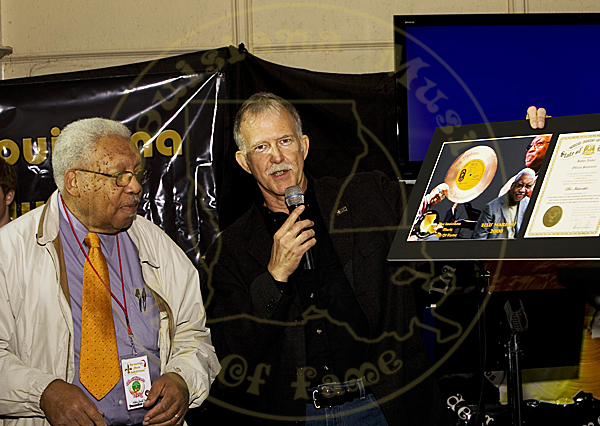 He turned to tenor saxophone in high school as part of the Groovy Boys, a rhythm and blues band. He didn’t make piano his instrument of choice until after majoring in tenor sax at Dillard.  He joined the modernist American Jazz Quartet in the mid-1950s, playing with drummer Ed Blackwell, clarinetist Alvin Batiste, and tenor saxophonist Harold Battiste. In 1956 Ellis accompanied Blackwell on a visit to Ornette Coleman. He returned to New Orleans as a temporary band director at Xavier Prep before accepting an assignment to play piano on a Marine Corps-sponsored television program, Dress Blues.

Returning to New Orleans when his military tour of duty ended, Marsalis created a quartet with Nat Perrilliat and drummer James Black. The group recorded only one album, Monkey Puzzle, on AFO. Marsalis, meanwhile, continued to play the club scene in New Orleans with moderate success throughout the 1960s. In 1967, he went to trumpeter Al Hurt’s club and was asked to join the band. Although the band’s style was more rock than Marsalis would have liked, he gained valuable exposure, playing on The Today Show, The Mike Douglas Show, and The Ed Sullivan Show before leaving the band in 1970.

In 1972 he led the ELM Music Company with drummer Black. The quintet played a steady gig at Lu and Charlie’s, a popular New Orleans jazz club.  Marsalis achieved a fair amount of success in New Orleans, but he still was not well known nationally.

In 1974 Marsalis was hired to head the music department at New Orleans’s new arts magnet school, New Orleans Center for the Creative Arts (NOCCA). Marsalis’s two eldest sons, Branford and Wynton, have carved prominent positions for themselves in the jazz world, playing soprano sax and trumpet, respectively; Branford also appeared as musical director and co-host of The Tonight Show with Jay Leno. Ellis’s third son, Delfeayo, plays trombone, but has achieved his greatest success to date as a producer. Delfeayo has produced virtually all of his brothers’ and his father’s albums since the mid-1980s. At fourteen, Marsalis’s youngest son, Jason, played drums on his father’s 1993 album Heart of Gold.

Fathers and Sons, a 1982 release done with his sons Branford and Wynton, was the first in a series of albums Marsalis recorded over the next decade. His next several albums were well received, particularly Syndrome and Homecoming. In 1994 Marsalis released Whistle Stop, that featured compositions dating from the 1960s. Several were written by the late drummer James Black. He was presented with an honorary doctorate from Tulane University in May of 2007 for his contributions to jazz and musical education.

On December 7, 2008, at the LMHOF Christmas Party 2008, Ellis Marsalis was inducted into The Louisiana Music Hall Of Fame.

Be sure to visit Ellis Marsalis web site at www.ellismarsalis.com .