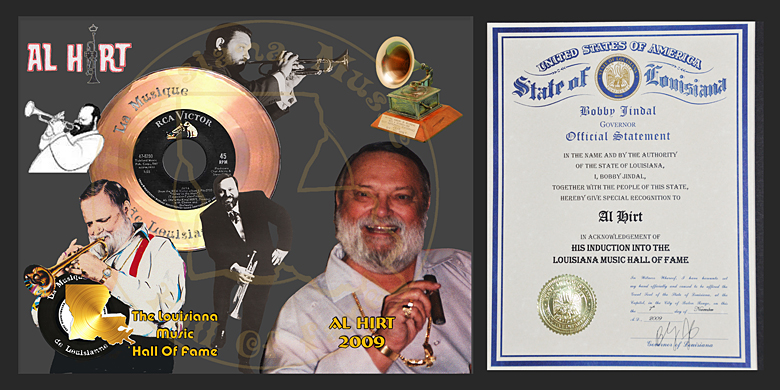 AL HIRT (b. Nov. 7, 1922 – d. April 27, 1999): The son of a New Orleans police officer, Alois Maxwell Hirt got his first trumpet at age six and by age sixteen, he was playing professionally.  Two years later, he began studying at the Cincinnati Conservatory of Music.

Following service as a bugler in the U.S. Army during World War II, he performed with swing bands led by such luminaries as Tommy and Jimmy Dorsey, Benny Goodman, and Ina Ray Hutton.  Returning to New Orleans, he worked with several Dixieland groups and led his own bands.  He soon attracted the attention of major record labels and he recorded twenty-two albums that made the Billboard charts in the ‘50s and ‘60s.  Honey In the Horn and Cotton Candy each made the Top 10 album sellers in 1964.

That same year, he won a Grammy with the number-4 Billboard Hot 100 hit Java, a song written by fellow New Orleans native Allen Toussaint.  He also scored a number 30 hit with Sugar Lips in 1964.  The song was later used as the theme song for the NBC game show Eye Guess.  Hirt was chosen by composer Billy May to record the theme song for the TV show The Green Hornet.  The recording was revived briefly in 2003 when it was used in the movie Kill Bill.

He opened his own club on Bourbon Street in the French Quarter in 1962.  The club remained opened until 1983.  He also played at the inauguration of President John F. Kennedy and in 1965, played a standing room only concert at Carnegie Hall.  He became a minority owner of the New Orleans Saints when the city was awarded an NFL franchise in 1967.  In 1970, he was injured while performing in a Mardi Gras parade in New Orleans when hit in the mouth by a thrown brick or piece of concrete and he had to undergo surgery which placed his playing career on hold for several months.

Movies that he appeared in included Rome Adventure (1962), Fanfare for a Death Scene (1964), Electric Showcase (1965), What Am I Bid (1967), Number One (1969), Sass and Brass: A Jazz Session (1988), and New Orleans Jazz Brunch (1990).  He appeared on an episode of Touched by an Angel in 1996 and hosted his own television program in 1965.  He appeared in five Super Bowl halftime shows and headlined the halftime show at the first Super Bowl game in 1967.  In 1987, Hirt had what he described as his most rewarding and most important moment when he performed a solo rendition of Ave Maria for Pope John Paul II during the pope’s visit to New Orleans.

Following his death in April of 1999, which coincided with the New Orleans Jazz and Heritage Festival, a special commemoration ceremony was added to Jazz Fest’s closing ceremonies to honor Hirt. 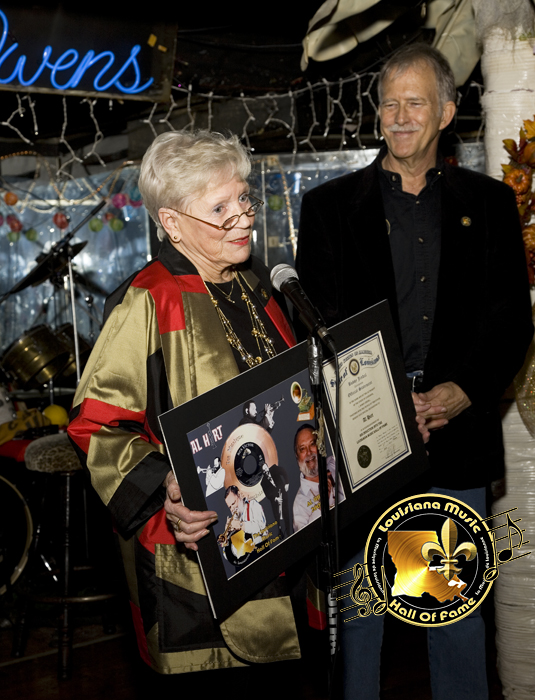