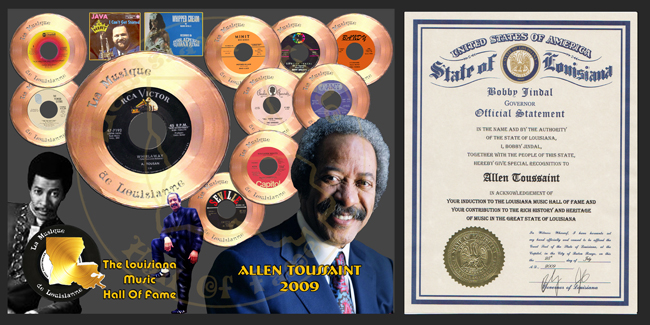 Allen Toussaint (Jan. 14, 1938–) created a monster of sorts when he wrote Mother-In-Law for Ernie K-Doe. When K-Doe recorded his signature song, Benny Spellman was asked to sing backup. Thus, the rich baritone intoning “Mother-In-Law” as the song’s introduction is identified with the number 1 song as much as K-Doe’s singing. After Mother-In-Law became a hit, Spellman approached Toussaint with a request that he write him a hit song. Toussaint wrote Lipstick Traces (on A Cigarette), a song that went to number 28 on the R&B charts and to number 80 on the Top 100 in June of 1962. He also wrote Fortune Teller for Spellman, a song later covered by The Rolling Stones. 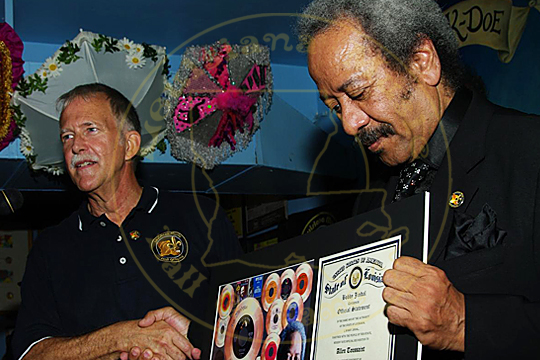 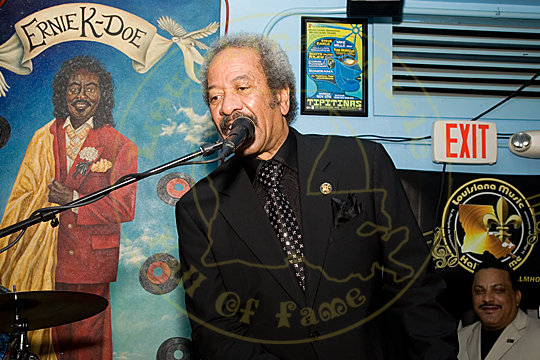 Toussaint, born in New Orleans, has been a key part of the New Orleans music scene since the late ‘50s. He was hired by Dave Bartholomew to play piano parts for a Fats Domino recording session while Fats was on the road and unavailable to lay down the instrumental track. He also played in recording sessions behind Lee Allen and Smiley Lewis.

He became a producer with New Orleans-based Minit Records in 1960. He was drafted into the Army for two years in 1963 and ran head-on into racial stereotyping. On a weekend pass from his Houston base, he and a friend traveled to Dallas where Toussaint decided to purchase a new car. When Toussaint said he was paying cash for the vehicle, the salesman began stalling until police walked in. It turned out the salesman thought if he was a black man with enough money to pay cash, he must have stolen it, so he had co-workers call the police.

He also wrote Working In A Coal Mine, I Like It Like That, Java (a number 4 hit for Al Hirt), Whipped Cream for Herb Albert (the theme for the TV show The Dating Game); All These things, and Southern Nights for Glen Campbell. Southern Nights was recognized by BMI as the “most performed song of the year and was nominated for song of the year by the Grammy Awards and the Country Music Association. In 1976, the editors of Billboard named Toussaint “One of the Top 200 Executives of Tomorrow.”

When Hurricane Katrina entered the city on August 29, 2005, not only was his home completely flooded, but his beloved SeaSaint Studio was lost to the flood waters as well. “It was almost surreal,” he told Billboard magazine. “I’ve seen all the hurricanes that have come through, and I saw the biggest.” Toussaint made his way by bus to Baton Rouge’s Metropolitan Airport and from there took a flight to New York, where he settled in until he, like others, could start the painful process of recovery in his hometown. Typically, he said Katrina wasn’t a drowning, but a baptism.”