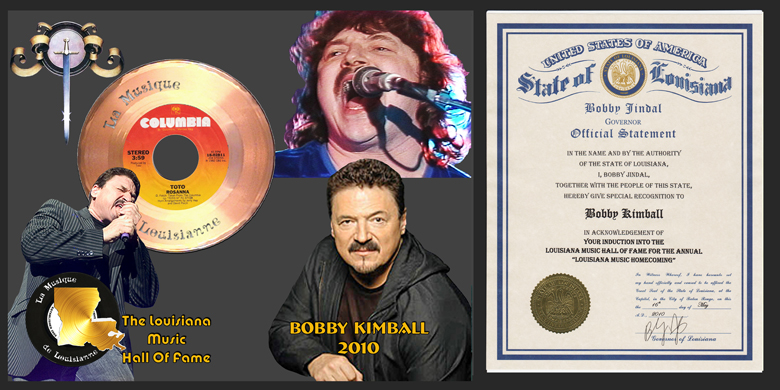 Robert Troy (Bobby) Kimball was born in Orange, Texas and raised in nearby Vinton, Louisiana, as Vinton did not have a hospital (thus, he was born across the state line). Kimball started singing as a child dabbling on voice and piano in a musical household throughout his youth. His mother, a pianist with “perfect pitch,” passed on the music gene to Bobby and his brothers, who all played together in a band whan Bobby was 8.

At 12, Bobby began playing night clubs, carrying a signed note from his parents to the club owners and policemen.

Throughout the 1970s, Kimball performed as a vocalist in various bands, including The Levee Band with Jeff Pollard and Rod Roddy, which would later become Le Roux.

In 1974, at the behest of Jon Smith (White Trash Horns), Bobby Kimball left Louisiana and moved to Los Angeles where he joined Smith and  3 members from the defunct band, Three Dog Night, to form a new band, S.S. Fools. They released one album on CBS Records, but the band split up within a year and a half.

About 6 months later, Kimball was asked by David Paich and Jeff Porcaro to join five session musicians to form Toto. He submitted a self-penned audition song for the band, “You are the Flower,” which was included on their debut album. Kimball recorded the first four studio albums for Toto.

After singing the vocals on several of the songs, and most of the backing vocals, which were kept on the “Isolation” album, he was released from the band in 1984 during sessions for Isolation, their follow-up studio album to 1982’s Grammy Award-winning Toto IV  which brought the band the fame they enjoyed from the songs on the first four, and most famous albums, garnering an unprecedented 9 Grammy nominations and taking home 7. This was a Grammy record that lasted only a year as Michael Jackson’s “Thriller” took home 8 the next year.

Kimball relocated to Germany for a solo career and continued working as a session vocalist with a trio comprised of Michael McDonald (The Doobie Brothers) and Bill Champlin (Chicago) among others.  Bobby Kimball was asked by the band to return to Toto during 1989-1990 to record songs for the band’s greatest hits album, Past to Present 1977-1990, only to be replaced by South African singer Jean-Michel Byron (a decision said to have derived from Sony, the band’s record company at the time, and the label’s desire to go in a new direction). Byron was also let go shortly thereafter, and guitarist/vocalist Steve Lukather took over Toto’s primary lead vocal duties from 1991 to 1999.

After leaving the band again, Kimball released a live album, Classic Toto Hits, in late 1990, in which he performed various Toto songs from over the years. He recorded the album with the Frankfurt Rock Orchestra. In 1994, Bobby Kimball released his first solo album, “Rise Up,” and single, “Woodstock.” In 1998, Kimball rejoined Toto as lead vocalist. The band then returned to the studio to record Mindfields, their first album with Kimball since 1982’s Toto IV. With Kimball back in the band, Toto toured in support of Mindfields throughout 1999 and 2000. In late 1999, the band released the live album Livefields.

In 2000, Kimball released his second solo album All I Ever Needed, with the single “Kristine” being released. In 2002, Toto released a covers album Through the Looking Glass. In February 2006, Toto released Falling In Between, their first studio album of new material since 1999; however, it was announced in June 2008 that the band had broken up.

Kimball is currently hosting his own web site offering advice ao aspiring vocalists and has a new bandand is working on a new CD and tour.  Bobby Kimball was inducted into The Louisiana Music Hall Of Fame at the “LMHOF Louisiana Music Homecoming” event in May of 2010. 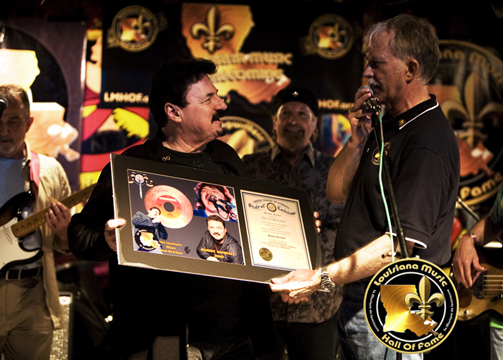 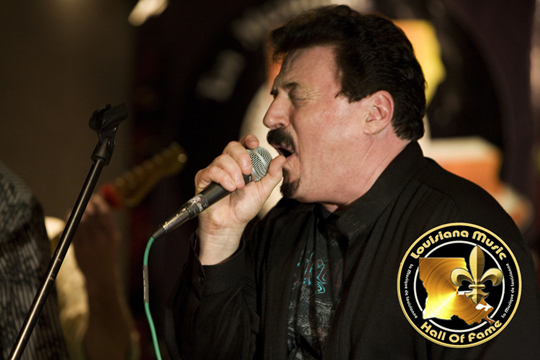