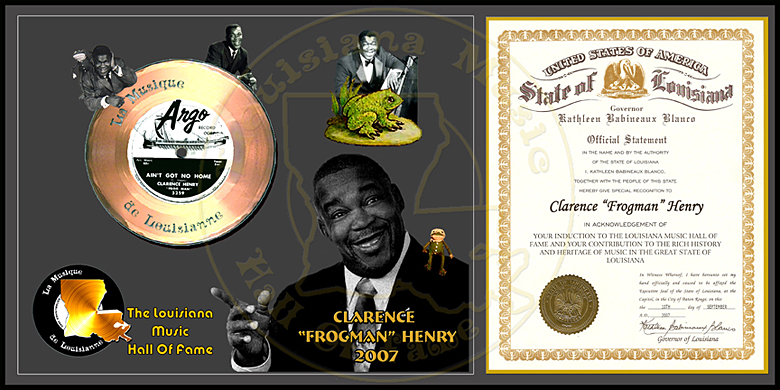 It produced one of the worst album covers ever but there’s no question that the 1956 song Ain’t Got No Home launched the career of Clarence “Frogman” Henry.  Still, the song that inspired his unique stage name was not his biggest hit. Born in the New Orleans suburb of Algiers on March 19, 1937, Henry learned to play both piano and trombone, instruments he continues to play.  Like many other Crescent City musicians, he emulated Fats Domino and Professor Longhair.  It was while performing in the early morning hours in a club that he first came up with the idea behind Ain’t Got No Home.  The crowd’s response was favorable enough that Paul Gayten, New Orleans A&R man for Chess Records rushed him into Cosimo Matassa’s studio in September of 1956 to record the song under the supervision of producer Allen Toussaint.

The novelty song, with Henry warbling in falsetto that he could “sing like a girl,” and in a raspy voice boasting that he could “sing like a frog,” reached number three on the R&B charts and number 20 on Billboard’s Hot 100.  It prompted local disc jockey Poppa Stoppa to tag the nineteen-year-old singer with the Frogman nickname that he would carry throughout his career.  It also resulted in Argo Records, a subsidiary of Chess, issuing his first album.  The album’s cover was a photo of Henry lying on his stomach facing the camera with his head propped in his left hand.  Perched on his right shoulder was a goofy-looking frog that looked as though it might have served as a crude prototype for Kermit. The album featured several standards in the traditional New Orleans style and gave Henry the opportunity to record with Nashville sax legend Boots Randolph and Shreveport pianist Floyd Cramer.

Henry appeared destined to become one of hundreds of one-hit wonders after that, however, when he had trouble scoring a follow-up hit.  But then in 1961 he recorded (I Don’t Know Why) But I Do, written by Abbeville native Bobby Charles Guidry (who also wrote See You Later Alligator and Walkin’ to New Orleans).  But I Do, arranged by Toussaint, became Henry’s biggest hit, reaching number four on Billboard’s Hot 100, and remaining on the charts for sixteen weeks.  It received new life when it was included in the soundtrack of the 1994 Academy Award-winning movie Forrest Gump.  That song was followed in short order by the Mills Brothers standard You Always Hurt the One You Love, which peaked at number 12 and remained on the charts for ten weeks.

After switching to the Parrot label, Henry recorded Have You Ever Been Lonely? which just missed breaking into the Hot 100 chart.  Following that, Henry opened eighteen concerts for the Beatles in the U.S. and Canada in 1964.  For the next two decades, he played in clubs on Bourbon Street.  He continues to perform at the annual New Orleans Jazz & Heritage Festival.  He was inducted into the Louisiana Hall of Fame in 1995 and in 2002, received the Living Legend Award in.  He has also received the New Orleans Big Easy Entertainment award and the Armstrong Cultural Ambassador to New Orleans award. In 2005, he escaped injury from Hurricane Katrina even though his home suffered damage from the storm.

On April 14, 2007 at the LMHOF “Legends Of Louisiana Celebration & Inductions”  concert in Mandeville, Louisiana, Clarence Henry was inducted into The Louisiana Music Hall Of Fame. 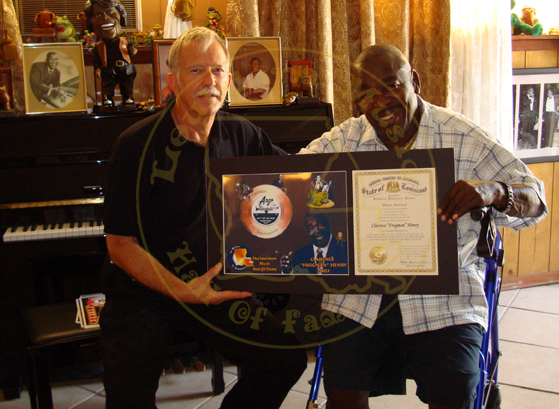 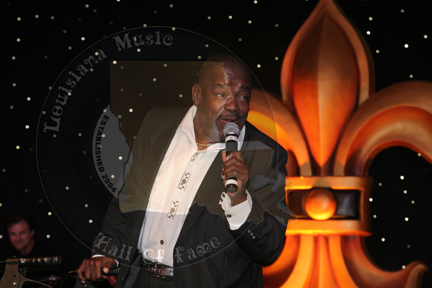