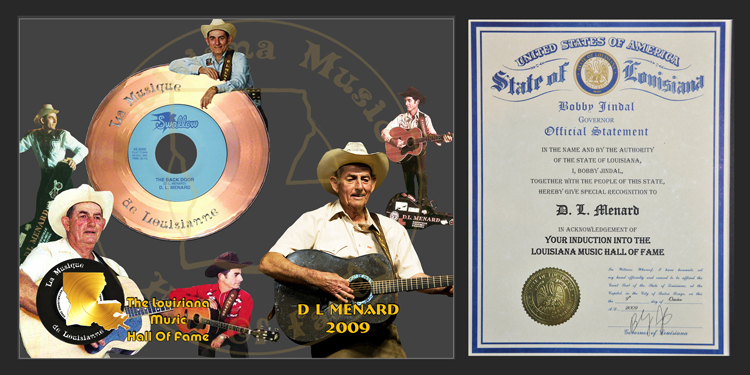 D.L. Menard  was born Doris Leon Menard, April 14, 1932 in Erath, Louisiana.  D. L. met the legendary Hank Williams only one time – at the Teche Club in New Iberia in 1951, less than two years before Hank’s untimely death – but that one occasion was sufficient to influence Menard’s music to such an extent that today, nearly sixty years later, he is still known as “the Cajun Hank Williams.”

Menard, now in his late seventies, remains as one of Cajun music’s most enduring links to country music. Before Williams, his earliest inspiration was his harmonica-playing father and an uncle who played in a Cajun band. After hearing his uncle play during a rehearsal, he cajoled his uncle into teaching him a few basic chords. A quick study, he performed in his first gigs only six months after purchasing his first guitar from a Sears and Roebuck catalog.

Shortly after joining Elias Badeaux’s band in 1952, he assumed leadership of the band, the Louisiana Aces. He wrote his biggest hit, La Porte Dans Arriere (The Back Door) while working at a gas station. He supplemented his music income by building rocking chairs in the plant that he ran with his wife, Louella.

La Porte Dans Arriere, his best-known song, sole more than 500,000 copies in 1962. Thirty-two years later, in 1994, Menard received a National Heritage Fellowship from the National Endowment for the Arts. 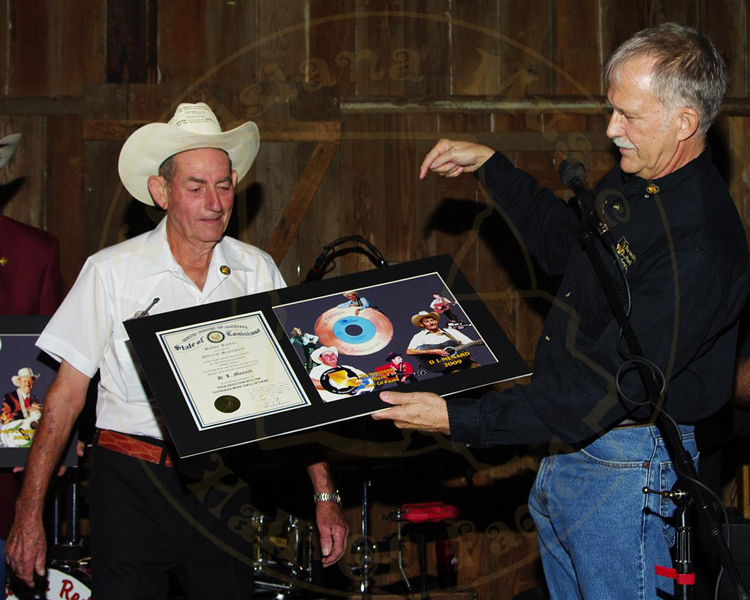