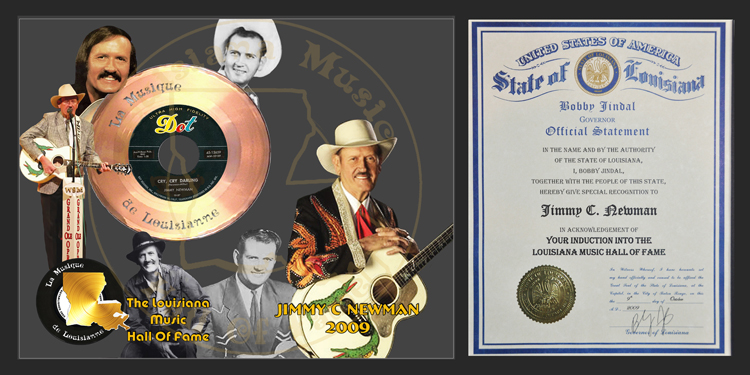 JIMMY C. NEWMAN (b. Aug. 29, 1927 – ): The Louisiana Hayride gave valuable exposure to Cajun singers and one of the most successful was Jimmy C. Newman.

Born near Big Mamou in High Point, Louisiana, Jimmy Yves Newman made his Hayride debut in June 1954 and went on to spend forty-three years with the Grand Ole Opry.  After recording mostly unsuccessful songs for J.D. Miller’s Feature label in Crowley, he signed with Dot Records and scored his first hit with Cry, Cry Darling that reached number 4 on the country charts.  He also had hits with Daydreamin’, Blue Darlin’, and A Fallen Star.

During his two-year Hayride tenure he mainly performed mainstream country, but he made a notable exception with Diggy Liggy Lo.  His recording of Alligator Man went Top 25 and became his Opry theme song.  He didn’t begin blending Cajun and country styles until 1958.  After recording for Dot, MGM, and Decca, he switched to the La Louisianne, Swallow and Rounder labels in the late seventies and formed Cajun Country, a band that included fiddler Rufus Thibodeaux and accordionist Bessyl Duhon.

His 1976 recording of the Cajun song, Lâche pas la patate (The Potato Song) went Gold in Canada and in 1991, Jimmy C. Newman and Cajun Country were nominated for a Grammy for their Alligator Man album. In 2006, Jimmy C. Newman joined the elite group of artists with fifty years on the Grand Ole Orpy. 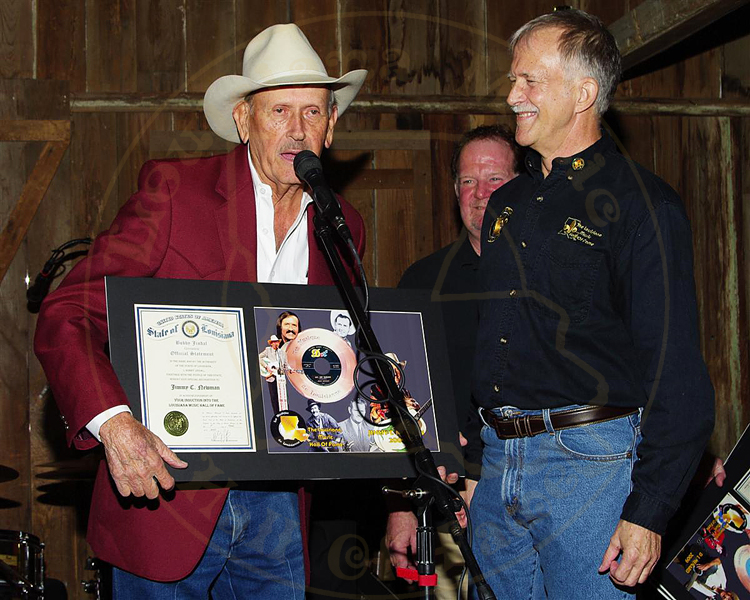