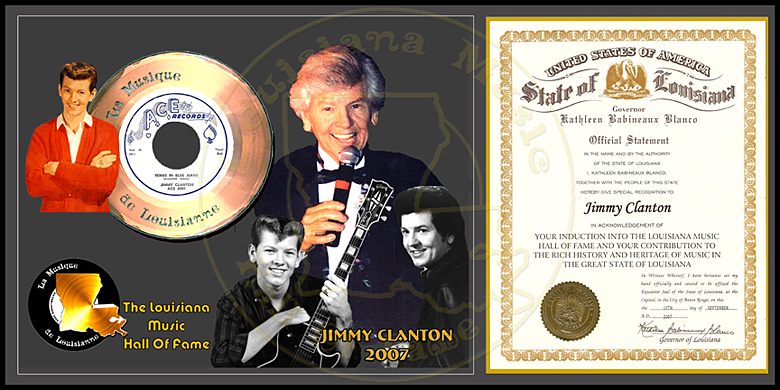 Born on September 2, 1940, Jimmy Clanton entered his teen years just as white audiences were beginning to discover rhythm & blues music.  He formed the Dixie Cats in 1956 while still a student at Baton Rouge High School and quickly became one of the few whites who could emulate the sounds of Little Richard, Johnny Ace, and Fats Domino.  His early contemporaries included fellow Baton Rouge musicians John Fred, more than a decade away from his own number one hit Judy in Disguise, and Johnny Ramistella, who would become famous in his own right eight years later as Johnny Rivers.   Clanton eventually teamed with Dick Holler, the leader and pianist of another band, The Rockets.  Holler would later write Abraham, Martin, and John, which was not only a huge hit (number four on the pop charts), but one that resurrected the moribund career of singer Dion DiMucci.  Clanton and Holler received recording contracts with Cosimo Matassa’s studio in New Orleans in 1957 and the following year, Clanton wrote and recorded Just a Dream that was released on Johnny Vincent’s Ace Records.

It’s unfortunate that Clanton, a dedicated R&B enthusiast, is identified with other bland, cookie cutter teen idols.  It’s also a curious paradox that with his great voice and his genuine feel for the New Orleans sound, he was artistically restricted to syrupy ballads.  Still, it’s difficult to argue with success: Just a Dream reached number four on the Top 100 chart.  Ironically, it did even better on the R&B chart, going all the way to number one.

At first it didn’t appear that Just a Dream would ever take off.  Ace Records executive Johnny Vincent was on a roll with Huey “Piano” Smith who was on fire with his Rockin Pneumonia and the Boogie Woogie Flu and his follow up hit Don’t You Just Know It.  But Clanton’s tender ballad gradually gained air play not only in Louisiana but in other parts of the country as well, and suddenly the Baton Rouge teenager was one of the hottest acts in the country.  His first bookings outside the south quickly followed, along with an appearance on Dick Clark’s American Bandstand, and even a performance at the Hollywood Bowl.

He was also booked for performances on Alan Freed’s package tours and in 1959 appeared in Freed’s jukebox movie Go Johnny Go along with Chuck Berry, Jackie Wilson, the Flamingos, the Cadillacs, Eddie Cochran, and Ritchie Valens.  On February 3, 1959, Buddy Holly, Valens, and J.P. Richardson (The Big Bopper) died tragically in a plane crash in Clear Lake, Iowa, en route to the next stop on their “Winter Dance Party.”  Clanton and Frankie Avalon were quickly signed to the headlining spots for the remainder of the tour.  S.J. Montalbano, who served as Clanton’s manager early in his career, accompanied his new star on the tour.

When Ace Records folded, Clanton continued recording for Phillips, Mala, Laurie, and Imperial Records but the British Invasion effectively spelled the end of his string of hits just as it had for Dale & Grace and scores of other American artists. He became a disc jockey in the 1970s and continues to perform, sometimes teaming with onetime Ace label mate Frankie Ford in oldies shows.

On April 14, 2007 at the LMHOF “Legends of Louisiana Celebration & Inductions” concert in Mandeville, Louisiana, Jimmy Clanton was inducted into The Louisiana Music Hall Of Fame.

More info on Jimmy Clanton is available at www.jimmyclanton.com 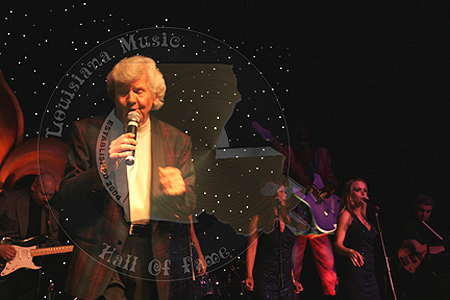 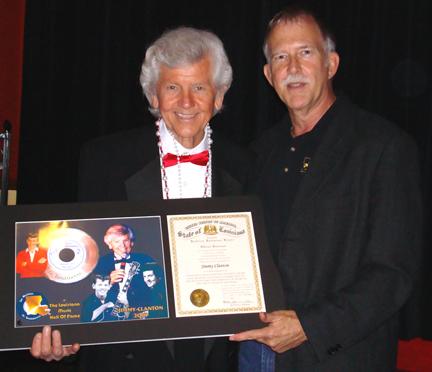