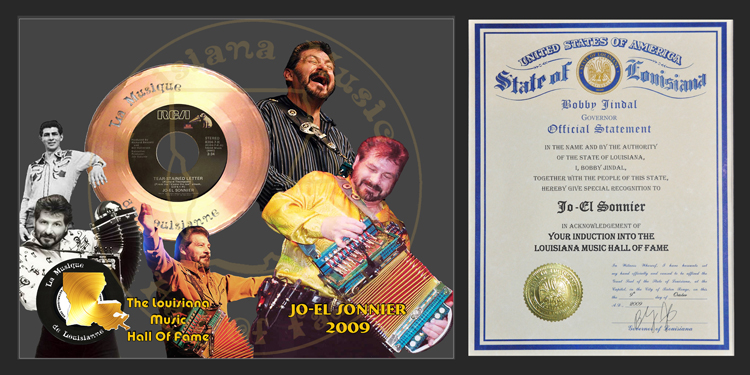 For Jo-El Sonnier (Oct. 2, 1946–), the road to fame wasn’t always a smooth one. Born in Rayne, Louisiana, to French-speaking sharecroppers, he worked in the Cotton Fields while learning to play his brother’s battered accordion. His radio debut was at age six, and at age eleven had his first recording session. A South Louisiana club favorite, he chased his dreams to California. There, he built a reputation as an accomplished session player but he never connected as a solo artist. His next stop was Nashville where he signed with Mercury Records, but returned to Louisiana discouraged and ready to abandon the accordion. Fate, however, intervened. 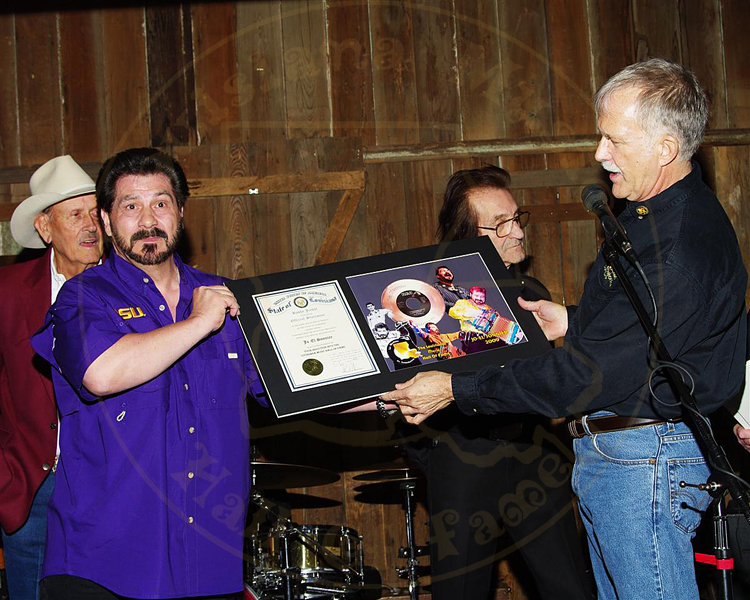 Jo-El Sonnier in Inducted into the LMHOF by Mike Shepherd 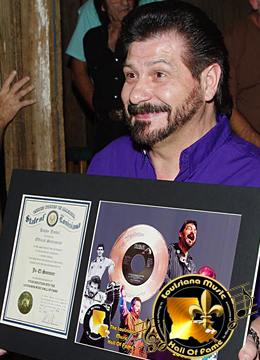 Merle Haggard hired him as his opening act and Sonnier hit the road with the country icon, eventually making his way back to Los Angeles. This time he formed friendships with Albert Lee and Garth Hudson of The Band who assisted him in obtaining solo shows. Top Ten hits Tear Stained Letter and No More One More Time, both on the Come on Joe album, thrust him into prominence and allowed him more creativity with his Cajun-based roots. He also played accordion on albums by Alan Jackson, Neil Diamond, Johnny Cash, Elvis Costello, Emmylou Harris, Hank Williams, Jr., Bob Dylan, and George Jones.

He was named “New Country Artist of the Year” by Performance magazine in 1987. Sonnier wrote songs for Cash, George Strait, Mel McDaniel, John Anderson and Jerry Lee Lewis and appeared in the movies Mask, A Thing Called Love, and They All Laughed. In 1995, Sonnier was awarded Male Vocalist of the Year by the Cajun French Music Association, and he won Song of the Year for his recording of La Valse de Chere Bebe. His 1997 release Cajun Pride was nominated for a Grammy. In 1999, he was awarded the Male Vocalist of the Year and also had the 1999 Song of the Year for Here to Stay. That same year, he performed on the Grand Ole Opry.

He continues to tour when his schedule permits.