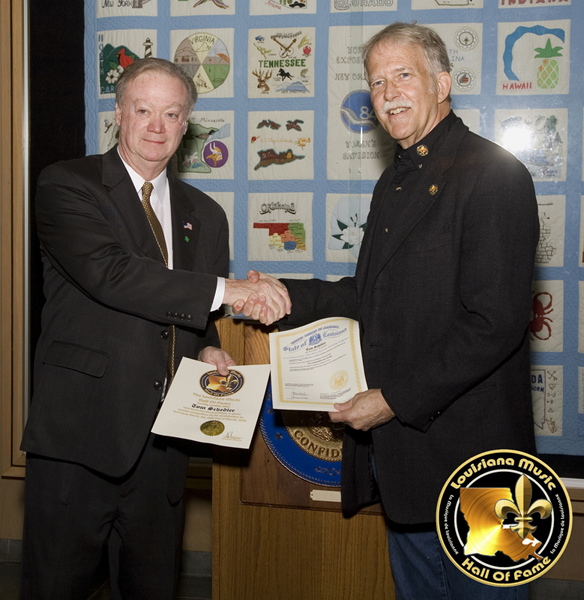 Although the original effort to establish a Louisiana Music Hall Of Fame was initiated in late 1979 and later incorporated and registered as a trade name, LMDL has been working under a consent agreement with Schedler’s predecessor for the last few years. Secretary of State Schedler, after examination of the situation, a review of documents submitted in support of the LMDL claim and a check the SOS records, released the name, again, to Mike and LMDL Inc., 501c3 parent organization of the LMHOF.

Our great thanks go out to Louisiana Secretary Of State Tom Schedler and his staff for the consideration and time in reviewing the situation, and for his Secretary Schedler’s action in allowing the return of the trade name.

Below is the presentation version of the recorded trade name and the special recognition document presented to Secretary Schedler. 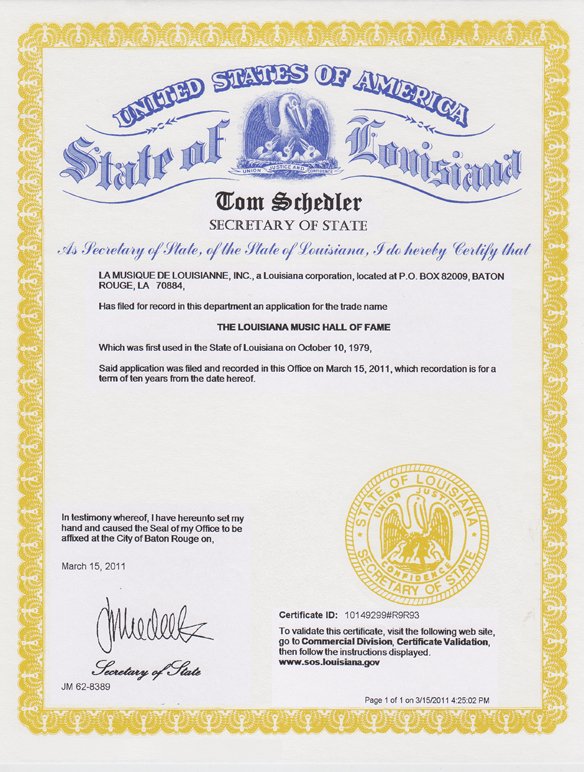