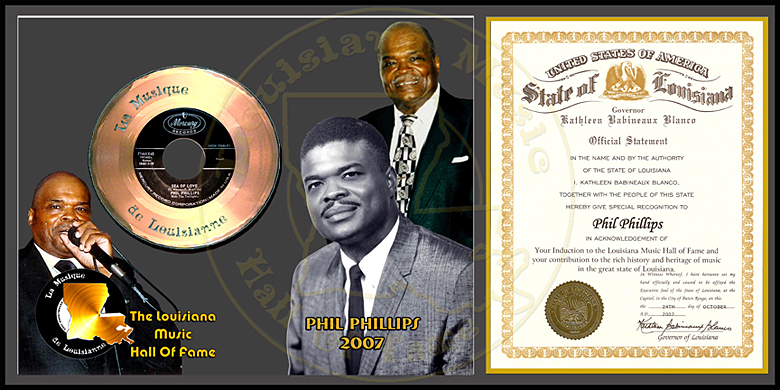 There are many “one-hit wonders” who spend the remainder of their lives in frustrated efforts to record another hit but who are never able to recapture the magic.  To some, the disappointment of failure is overwhelming.  Phil Phillips is not one of those.  Born John Phillip Baptiste on March 14, 1926, in Lake Charles, Louisiana, he had only one hit.  Sea of Love crested at number one on the R&B charts and number two on the Billboard Hot 100, remaining on the charts for eighteen weeks  in 1959.  Contractual disputes between record companies effectively killed his career.  But the song lived on, selling two million copies and earning Phillips a gold record.  Moreover, the song appeared in the soundtracks of half-a-dozen movies, including the Al Pacino Universal Pictures film Sea of Love.

Phillips, who still resides in Jennings, Louisiana, remains something of a mystery, rarely performing in public, though he did perform at the 2003 and 2005 Ponderosa Stomps in New Orleans.  He began his musical career as a vocalist for the Gateway Quartet while working as a bellhop in Lake Charles.  Phillips had a girlfriend at the time who kept insisting that he didn’t really love her.  “One time I was at her house and she was in the kitchen cooking and she kept telling me that,” he recalled.  “I had my guitar and I went and sat on the front porch and starting thinking, ‘If I could just take her out on a sea of love I could convince her – just her and me with all that water.’”

Phillips had never sung secular music but writing the song just happened to coincide with the quartet’s dissolution.  “After the group broke up I just went ahead and did the song because everybody was telling me how good it was,” he said. The song was arranged and produced by Goldband Records owner Eddie Shuler for friend George Khoury’s self-named label, Khoury Records.  Shuler was convinced the song was a hit the first time he heard it.  “You’re walking around with a million dollars in your hand,” he told Phillips upon hearing a demo of the song.  Khoury brought Phillips into his studio on February 23, 1959, for an audition but Shuler rejected Khoury’s offer of a 50-50 deal, with Shuler doing the production and paying for a recording session and the subsequent release.  Shuler said later he wished he’d taken Khoury up on the offer.  They finally agreed that Shuler would arrange and produce the song in exchange for publishing rights. 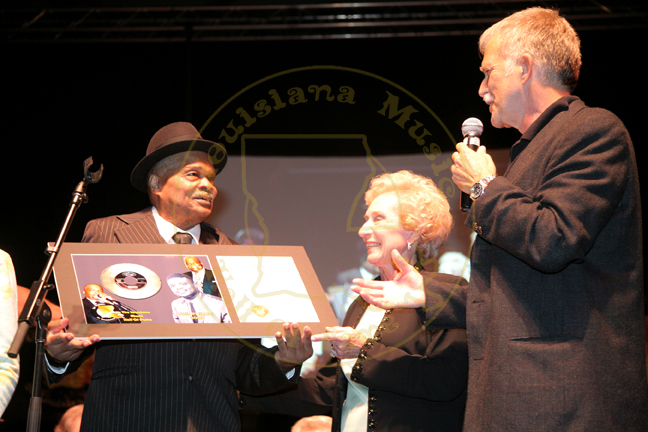 They took their time with the arrangement, building up the vocal group and trying out different musicians.  After three months they felt they were ready.  Cookie & the Cupcakes, a local swamp pop band fresh off its own hit Mathilda, was called in to provide the swirling backup for the session.  Finally, the record was released on Khoury’s label but it wasn’t an immediate hit.  “When it was first released, deejays just took the record and threw it in the trash can,” Phillips said.  “They said it wasn’t a good song.”  A deejay in Baton Rouge, however, played Sea of Love and listeners liked it so much they started calling him to play it over and over.  The station manager told him to quit playing it and when he refused, they fired him.  The deejay responded by locking himself in the control room and playing the song repeatedly.

Suddenly, the public was demanding the song and deejays were dumpster diving to retrieve the record even as Khoury negotiated a distribution deal with Mercury Records.  Mercury leased the song and signed Phillips to a contract but after a year or so, Mercury and Khoury got into a legal dispute, catching Phillips in the middle.  “They just put the kill on my records,” he said.  “They had me under a five-year contract and I couldn’t get out of it and that killed my whole career.”

Not to worry, though, because the song was covered by Del Shannon in 1982.  His version climbed to number 33 on the pop charts and in 1984, the Honeydrippers recorded Sea of Love and it reached number three, spending fourteen weeks in the top Because he wrote the song, he continues to receive royalties not only from his own version, but also from the movie soundtracks and the cover versions. 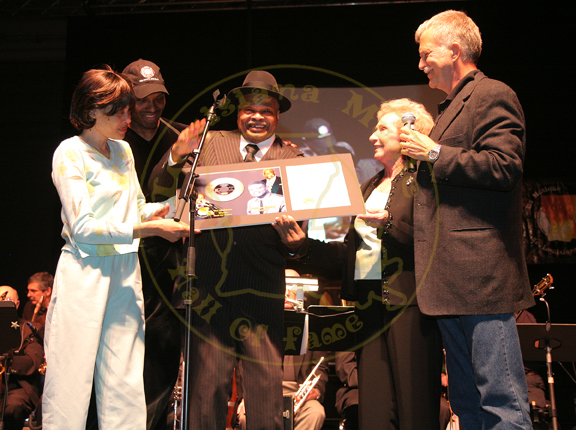 Phillips eventually became a deejay at KJEF in Jennings, calling himself “King of the Whole World,” reminiscent of Ernie K-Doe’s labeling himself “Emperor of the World.”  Even that was not without controversy, however, as some listeners claimed that he was calling himself “King of the Whole Black World,” an allegation he emphatically denied.  “I never did use the word ‘black,’” he said.  “It was ‘King of the Whole Blasted World’ but a priest friend of mine said he loved my show but asked that I not use the world ‘blasted.’  So I told him I wouldn’t use it and I started saying ‘King of the Whole World.’”  In the late ‘60s, Phillips attempted a recording comeback in Muscle Shoals, where Percy Sledge launched his career in 1966.  The Muscle Shoals magic didn’t work for Phillips, however, so Sea Of Love remains his musical legacy.

On October 27, 2007 at the LMHOF “Louisiana’s Greatest Hite – LIVE! – Volume 1” in Baton Rouge, Louisiana, Phil Phillips was inducted into The Louisiana Music Hall Of Fame.