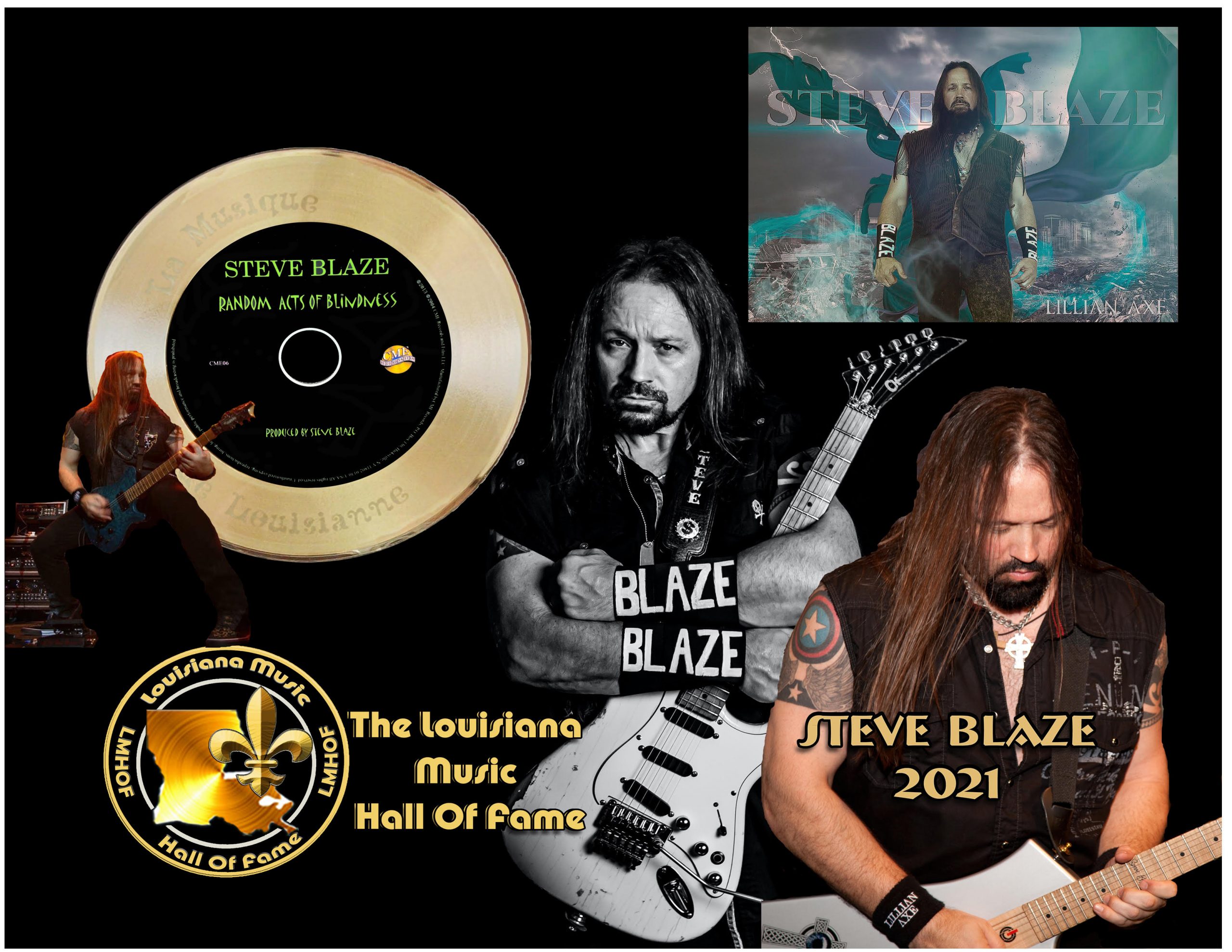 Guitarist Steve Blaze joined the band “Lillian Axe” in the early 1980s, the band played gigs under the “Oz” moniker until Blaze came up with the name Lillian Axe driving home from seeing the movie Creepshow. The name “Lillian” came to mind as a “creepy sounding, old lady name” along with the word Axe to complete the name. Blaze noted, “So, it’s like a skeleton with a veil, and it inspired me. What would that apparition’s name be? Some creepy old lady’s name, so the name Lillian came to mind. I was sitting at the red light on the corner of Houma Boulevard and Veterans when I immediately thought ‘Lillian Axe.’”

For the next four years, Lillian Axe toured extensively opening for bands such as Ratt, Poison and Queensryche. In 1987 at a show in Dallas, the band caught the eye of MCA Records and Marshall Berle (nephew of Milton Berle) who at the time was managing the band Ratt. MCA wanted to sign Steve, since he wrote the songs and owned the name.  Blaze recalled, “Quite honestly the way things were going at the time, some of the things had gotten so out of hand that I thought that we wouldn’t wind up lasting much longer in that capacity. It was chaotic at that time.

During this time, Blaze considered several singers. Marshal Berle mentioned Lane to Blaze and suggested the two meet even though Warrant was already under negotiations with Columbia Records. Jani flew down to New Orleans and spent four days with Blaze, attending Lillian Axe shows and hanging out with Blaze. While the two had a strong mutual respect for one another, it became clear that each of them were the leaders and chief songwriters of their respective bands.

The album peaked on the Billboard Top Heatseekers at No. 28, the band’s biggest success to date, in part based on the strength of the single, “True Believer”. Returning to the studio with the Swedish producer Leif Mases, the group issued Psychoschizophrenia in 1993

In 1999, Lillian Axe released Fields of Yesterday, consisting of unreleased demos and album outtakes, followed by Live 2002, recorded in May 2002 in Houston, Texas, with only Taylor and Blaze remaining from the classic MCA line-up.

In 2010, Lillian Axe was inducted into the Louisiana Music Hall of Fame, as the first hard rock band to be inducted.

In 2011 it was announced that the original lineup of Steve Blaze, Johnny Vines, Danny King and Michael “Maxx” Darby would reunite to record an album of classic unreleased songs from the band’s early days. The project, entitled Circle of Light, was named for one those early songs. The album was released in 2012.

On February 13, 2020, Steve Blaze announced that Lillian Axe were amicably parting ways with lead vocalist Brian Jones. The announcement also stated that Jones would still be a part of the Lillian Axe family in many capacities, and Blaze wished Jones luck in his solo career. On February 21, 2020, Blaze announced the new singer would be Brent Graham. Graham was the original vocalist for Blaze’s side project “Sledgehammer,” and vocalist of the New Orleans-based band Supercharger.[16]

In September 2021, Lillian Axe announced that they had signed to the newly-formed label Global Rock Records, and had started recording their first studio album in nearly a decade, titled From Womb to Tomb.[17]

In October 2021, the entire Lillian Axe catalogue was rereleased on all digital formats worldwide by Global Rock.

On November5, 2021 Steve Blaze was inducted for the second time into the Louisiana Music Hall of Fame for his contributions as a guitarist and songwriter.