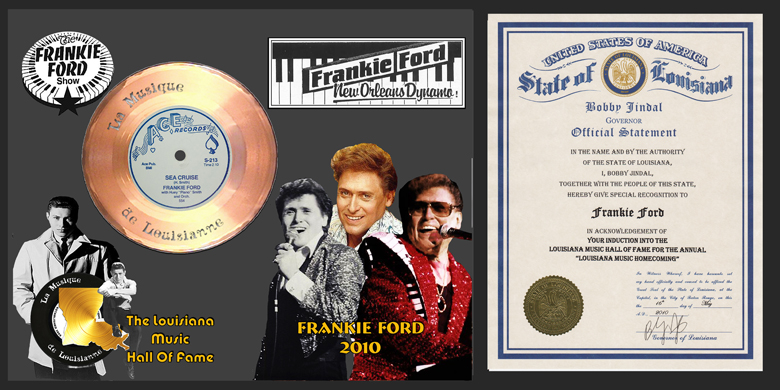 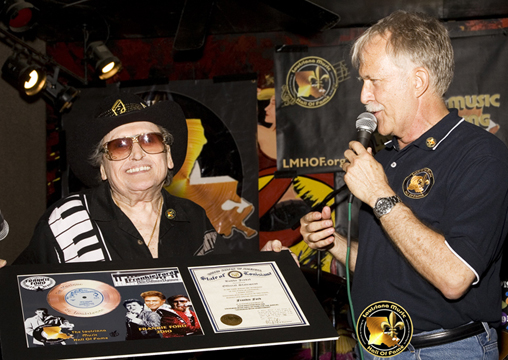 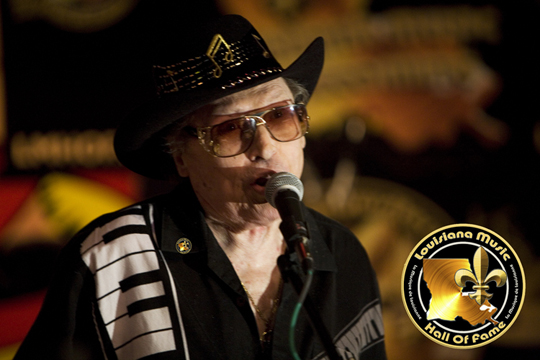 Frankie Ford (Aug. 4, 1939–) has ridden his biggest hit, Sea Cruise, which reached number 14 in the spring of 1959, to a rewarding career in his hometown. None of his other four charted songs climbed higher than number 72. He was reared in Gretna, where he still resides. Ace Records owner Johnny Vincent, seizing upon teenagers’ infatuation with hot rod cars, suggested the name change from Guzzo to Ford. He began his music career at age five, performing on the Ted Mack Amateur Hour and appearing locally with Sophie Tucker, Ted Lewis, and Carmen Miranda. His early piano influences included Ray Charles, Professor Longhair, Clarence “Frogman” Henry, Fats Domino, and Huey “Piano” Smith. It was Smith’s Sea Cruise that thrust him into the national spotlight at the age of 19.

On his way home from a Philadelphia show, Vincent told him to come straight to the studio because he had a song for him to record. Smith, who had already laid down the instrumental tracks for the song, was involved in a dispute with Bobby Marchan, according to one version of the story. The disagreement with the Clowns’ lead singer allegedly blocked efforts to record Sea Cruise, so Ford was asked to do it because he sounded enough like Marchan to pull it off. The technique of dubbing the vocal over Smith’s instrumental was also employed for Roberta, which was intended as the A-side of the record, and for the follow-up release, Alimony, which cracked the Hot 100 at number 97.

Ford said he entered the studio never having heard Sea Cruise. The first song cut was Roberta. Then, with Ford on one of two microphones and The Clowns on the other, Sea Cruise was recorded with Smith’s piano setting the tempo for the horns and Ford’s vocal. Once Vincent got the version he wanted, he speeded up the tape until Ford sounded more like Marchan. Initially, the song was a minor hit in New Orleans and then faded somewhat. Then it suddenly caught fire nationally and climbed all the way to number 14 on Billboard’s Hot 100 in April of 1959, remaining on the charts for seventeen weeks.

Ford was featured on the Bravo cable channel’s Music from New Orleans in 1997. The show also featured Jean Knight, Tommy Ridgley, and Oliver Morgan. He also appeared in the 1978 Paramount Pictures film American Hot Wax. Sea Cruise has been used in radio and TV commercials for Diet Coke, Sprite, and Coors Light Beer and is featured on the soundtracks of several movies, including My American Cousin, Stewardess School, Ski Patrol, and Quantum Leap, as well as the TV show Lifestyles of the Rich & Famous. Imperial subsequently signed Ford away from Ace. He again took adantage of a legal dispute involving a New Orleans singer. Joe Jones had cut You Talk Too Much for both the Roulette and Ric record labels. Court injunctions kept Jones’ version off the shelves so Ford slipped in with his version of the song. Because of the injunctions, buyers could purchase only Ford’s version. He said he made more money off You Talk Too Much than he did from Sea Cruise. When Jones’ version was finally released, it surpassed Ford’s and climbed to number 3.

When he returned to New Orleans in late 1965, he found a changed music scene. Hurricane Betsy had scattered the city’s musicians and Imperial had sold out, leaving him without a recording label. The British Invasion had replaced suddenly obsolete horns with guitars, and activity had all but ceased at Cosimo Matassa’s J&M Studio. With no recording contract, Ford turned to Bourbon Street where he found a profitable living playing local clubs.