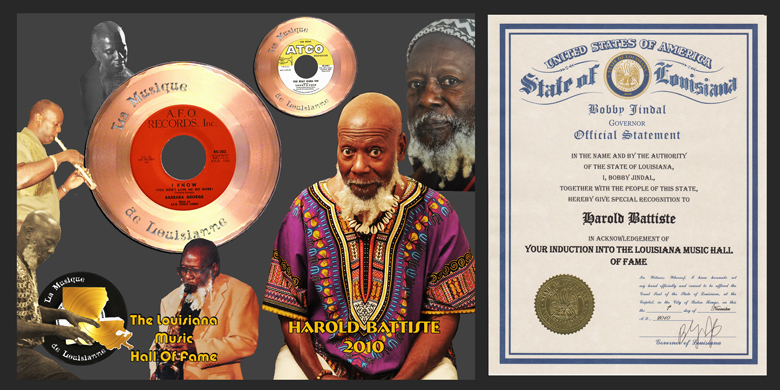 Harold Raymond Battiste, Jr. (born October 28, 1931, in New Orleans), is an American music composer, arranger, performer and teacher. He attended New Orleans’ Dillard University, earning a B.S. in music in 1953. His first success as a studio arranger was with Sam Cooke’s “You Send Me” in 1957. 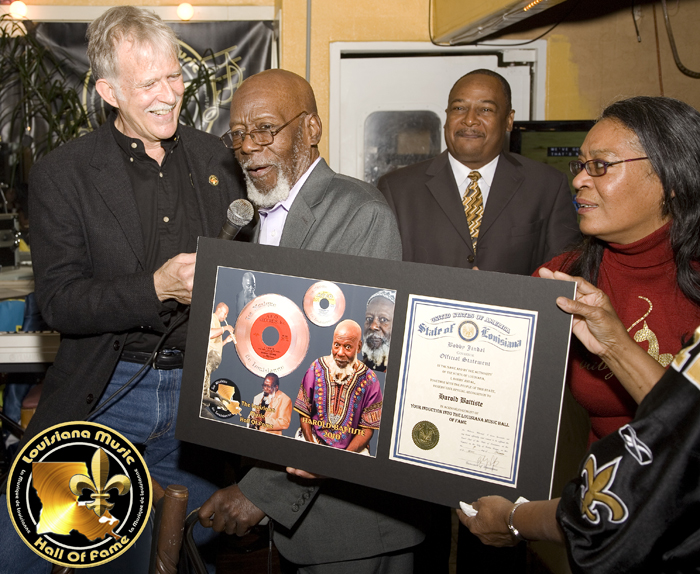 In 1961, he initiated the first African American musician-owned record label, All For One, better known as AFO Records. Within a few months, they produced a million-selling hit record, Barbara George’s “I Know”.His other professional contributions as a producer and arranger for studio, film, stage and television include Joe Jones‘ “You Talk Too Much”, Lee Dorsey‘s “Ya Ya”, and Sonny and Cher‘s “I Got You Babe.”

Battiste introduced audiences to New Orleans artist Mac Rebennack as Dr. John, and produced his earliest albums. He also spent thirty years in Los Angeles, including fifteen years as Music Director with Sonny and Cher, earning six gold records, and acting as musical director on their TV series. Harold also played piano for Tom Waits‘s songs “Whistlin’ Past The Graveyard” and “A Sweet Little Bullet From A Pretty Blue Gun” on Blue Valentine (1978).Battiste has also been a lecturer at several colleges, and in 1989, he joined Ellis Marsalis on the Jazz Studies faculty of the University of New Orleans.

He has now established the AFO Foundation, a non-profit service and educational organization dedicated to recognizing, perpetuating and documenting the heritage of New Orleans music and the people who make the music.