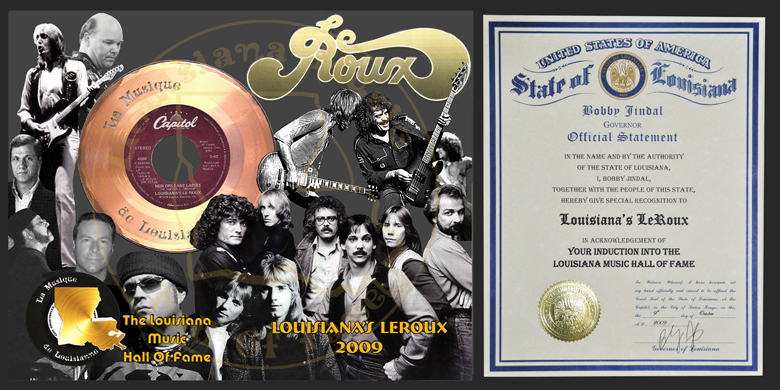 When it started out in Baton Rouge as the Jeff Pollard Band in 1975, there was little indication that it would lead to an African tour with Gatemouth Brown, a name change to Louisiana LeRoux (later just LeRoux), and a recording session at Bogalusa’s Studio in the Country that would produce the best New Orleans song of the 20th Century.

The 1977 tour with Brown produced the band’s big break. Bassist/producer Leon Medica gave a demo tape to a Screen Gems-EMI representative and that encounter led to a recording contract with Capitol Records and a name change to Louisiana’s LeRoux. LeRoux takes its name from the Cajun French word for the thick gravy base used to make gumbo, and the band’s first album was described as a “musical gumbo” that blended instruments, vocals, and arrangements into a mixture of blues, funk, R&B, jazz, rock, and swamp pop. Their debut album, Louisiana’s LeRoux, produced the energetic Take a Ride on the Riverboat, written by Jeff Pollard. Also included on the album was New Orleans Ladies. Co-written by Alexandria native Medica, New Orleans Ladies climbed to number 59 in July of 1978 and quickly became the band’s signature anthem and a must in the repertoire for local cover bands.

Chosen by readers of Gambit Weekly as the Best New Orleans Song of the 20th Century, New Orleans Ladies almost never got recorded. Medica said that he and Hoyt Garrick composed the song for a French musician named Dick Rivers who was seeking material with a New Orleans theme. Rivers rejected the song so Medica took it to Pollard who indicated he was disinterested as well. However, audience response to live performances of the song was so overwhelming Pollard had a change of heart and allowed LeRoux to record the number. Besides reaching number 59 on Billboard’s Hot 100, the song went to number 1 in the Southeast region. Soon LeRoux became the session band for Studio in the Country, backing Gatemouth Brown among others.

Pollard subsequently left the band to establish a Christian ministry. His exit was followed by trumpeter, percussionist, and vocalist Bobby Campo. Dennis “Fergie” Frederiksen and Jim Odom were brought in to replace the two and LeRoux continued to turn out critically acclaimed albums.

LeRoux tevevision appearances include Don Kirschner’s Rock Concert, Solid Gold, Midnight Special, MTV and its’ own PBS live video of Rockinf the Nottoway, filmed at Louisiana’a antebellum Nottoway Plantation in Iberville Prrish in 1997. This special unplugged concert for MTV was more than just a LeRoux reunion. It also featured LMHOF member John Fred and other guests.

Over the years, LeRoux has had thirteen members. The original members of LeRoux included: 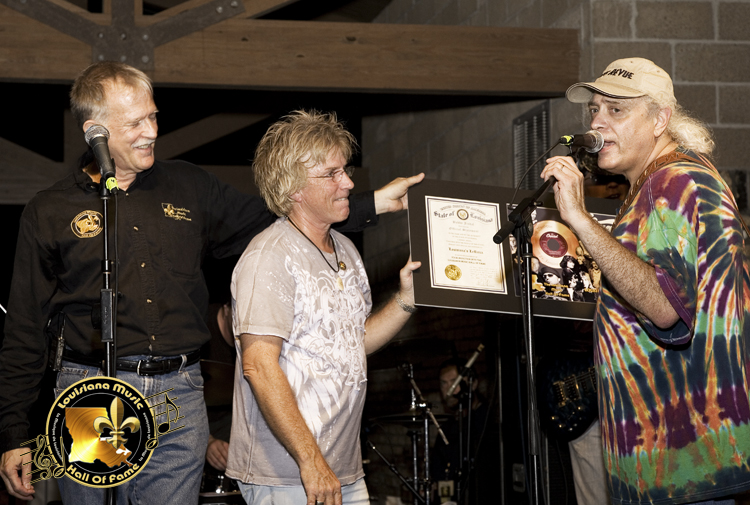 For more information on LeRoux, please go to : www.laleroux.com.

Bio courtesy of Tom Aswell – author of “Louisiana Rocks – The True Genesis Of Rock And Roll” and Mike Shepherd.