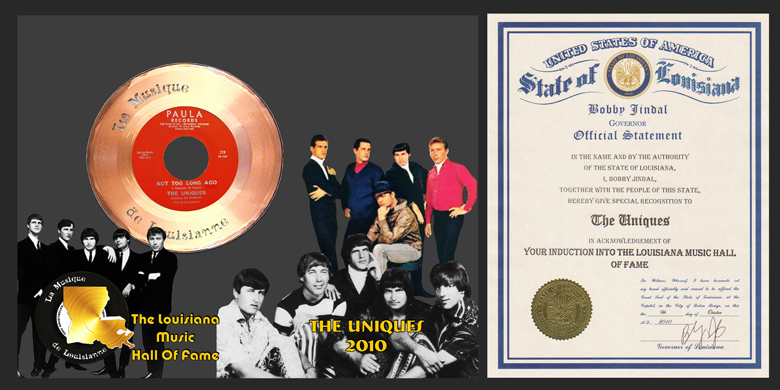 Like Conway Twitty, he sings country now but there was a time when Joe Stampley rocked with the best of them.  That was when he fronted a band called The Uniques.  The band’s name stemmed from difficulty in efforts by critics to pigeonhole its singing and playing style.  From its bluesy cover of Art Neville’s All These Things, to the upbeat tempo of Not Too Long Ago, The Uniques endeavored to play to whatever intensity appreciative audiences wanted. 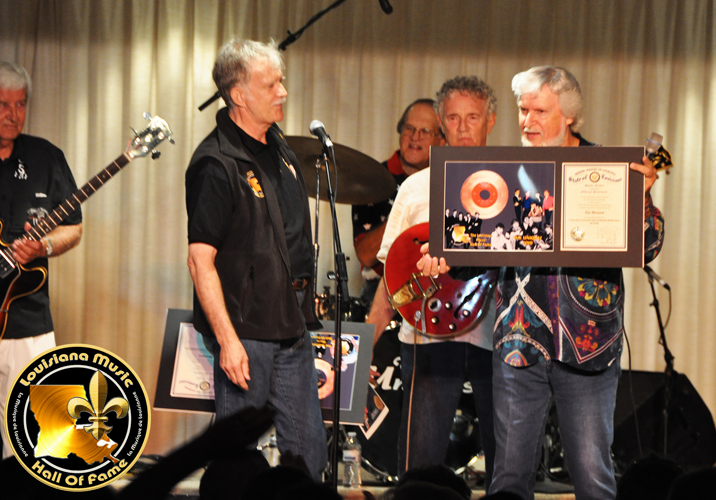 Born June 6, 1943, in Springhill, Louisiana, Stampley grew up listening to Hank Williams and before he was ten, he was playing piano.  Following his family’s move to Baytown, Texas, he had an opportunity to sing for Hank Williams on a radio program.  Williams encouraged him and after high school, the family moved back to Springhill.  By now, he had discovered the Everly Brothers and Jerry Lee Lewis.  By age fifteen, he was writing songs and cutting demo records with local deejay Merle Kilgore.  The early efforts by Stampley did nothing, nor did a 1961 session for Chess Records.  “We played colleges and dances all around the ArkLaTex (southwest Arkansas, northwest Louisiana, and east Texas),” Stampley said.

He attended Southern State College in Magnolia, Arkansas.  “I majored in pool,” he said, only half joking.  It was while attending Southern State that he formed The Uniques.  Members included brother Bobby Stampley of Springhill, bass; Ray Mills of nearby Sarepta, lead guitar; Mike Love of Magnolia, Arkansas, drums; Jim Woodfield of Pine Bluff, Arkansas, guitar, and Joe Stampley, keyboard and lead vocalist.

“I kept bugging Stan Lewis to hear me play and he kept telling me he didn’t have the time,” Stampley said.  Still, he credits Lewis for getting his singing career off the ground.  Lewis, owner of Stan’s Record Shop in Shreveport, was previously affiliated with Leonard Chess and Chess Records in Chicago.  He maintained a close relationship with Chess after he moved to Shreveport as the largest single distributor in Louisiana for Chess Records.  Not content to sell others’ records, Lewis launched his own recording labels, Paula, named for his wife, Pauline, and Jewel, intended for black performers, the so-called race records, common for the times.

“Stan finally got tired of listening to me pester him so he told me to go see this guy Dale Hawkins,” Stampley said.  Hawkins had started out selling records for Stan, had recorded Susie Q, and was doing production work for Stan’s Paula record label.  “I went to Dale and he asked me if we had anything we’d written and I said ‘yes.’  He told me to sing him something a cappella and I sang Not too Long Ago for him and he signed us on the spot.

“We recorded Not too Long Ago at the Robin Hood Brian Studio in Tyler, Texas,” he said.  “Dale Hawkins produced the record and Stan released it on Paula No. 219, the very first Paula Record ever released,” Stampley said.  The B-side was Fast Way of Living.  Tillman Franks, who had managed Johnny Horton and David Houston, became manager of The Uniques.  Not Too Long Ago reached number 66 on Billboard’s Hot 100 in April 1965 and remained on the charts for six weeks.            Discovered by country songwriter and deejay Merle Kilgore, Stampley and his band were recorded by a former blues record executive Stan Lewis, and produced by rockabilly Dale Hawkins.  Hawkins remembered the recording session for Not Too Long Ago in Tyler.  “Joe wrote a hot check for $187 to pay for that recording session,” he said, laughing.

The Uniques’ biggest hit was All These Things, a song first done by Art Neville of New Orleans.  “I didn’t even know the words to All These Things when we recorded it and I just winged the second verse,” Stampley said.  “Art Neville’s original version said, When you were ten minutes late/I started to cry.  Instead of that line, I sang When you started to go/I started to cry.  Later, in a live performance, I sang it correctly and the crowd got angry.

“I’m very proud of All These Things,” he said.  “It went to number one on KLIF in Dallas, the biggest rock & roll station in that market.”  Nationally, the numbers were considerably more modest.  It barely cracked the Top 100 at number 97 in July of 1966 and remained on the charts just two weeks.  It did, however, secure them a spot on American Bandstand.  Another of his songs that should have charted with better promotion was How Lucky Can One Man Be.

After reverting to country, Stampley turned out hits like Soul Song, Roll on Big Mama, If You’ve Got Ten Minutes, Do You Ever Fool Around, and Hey Joe, Hey Moe (the latter with Moe Bandy).  In 1976, he had eight singles that charted with Billboard and he received Billboard’s Single Artist of the Year award.  In 1980, he and Moe Bandy received the Country Music Association’s award for Vocal Duo of the Year.

Besides Moe Bandy, others with whom Stampley has performed include Buddy King, The Boogie Kings, and in 1992, he teamed with John Fred and G.G. Shinn to form the Louisiana Boys.            Whether he’s doing country, blues, honky tonk, ballads, or traditional rock & roll, Stampley can infuse life into any crowd by encouraging audience members to sing along with him as they clap and dance in the aisles.  On October 1, 2005, The Uniques reunited for a special show at the Piney Woods Palace in Stampley’s hometown of Springhill.  The occasion was to commemorate the fortieth anniversary of the band’s recording session for Not Too Long Ago, still considered a classic of the southern rock sound.