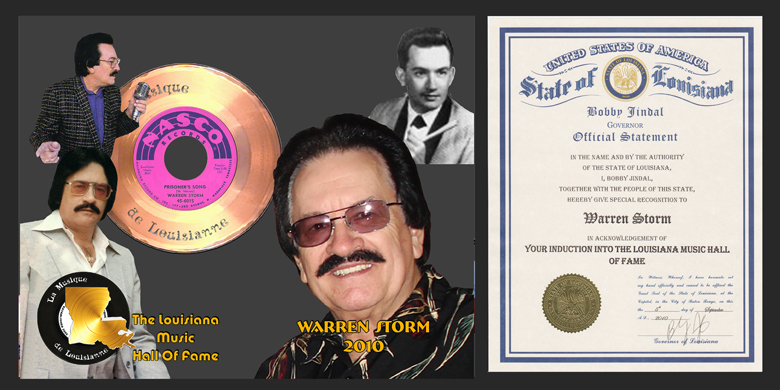 Born Warren Schexneider in Abbeville, Warren Storm (Feb. 18, 1937–) started his professional career when he filled in at age 12 for his father, a drummer in the Rayne-Bo Ramblers, a Cajun band that drew its name from its home town of Rayne, Louisiana. In the 1950’s, he began performing with Larry Brasso and the Rhythmaires. He became one of the most sought-after session drummers in South Louisiana before he recorded The Prisoner’s Song as his first single in 1958 for Crowley producer J. D. Jay Miller, who convinced Nashville’s NASCO Records to release the 45. The record sold a quarter-million copies and soon became the prototype swamp pop song.

On several occasions, Storm traveled to New Orleans with his friend, Bobby Charles, to hear rhythm and blues artists in local nightclubs and cites Charles “Hungry” Williams as a major style influence. 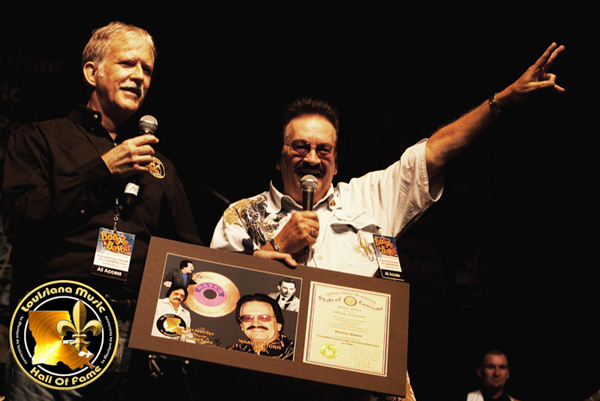 In 1962, Storm teamed with fellow swamp poppers Rod Bernard and Skip Stewart to form the Shondells (not to be confused with Tommy James & the Shondells or singer Troy Shondell) that endured until around 1970, while continuing to record as a solo artist. He recorded Lord I Need Somebody Bad Tonight and My House of Memories.

Warren Storm formed Cypress in 1980 with saxophonist Willie Tee Trahan and continues in that band today.

At the Paragon Casino Resort’s Boogie for the Bayou fundraiser on September 5th, 2010, Warren was inducted into The Louisiana Music Hall Of Fame.